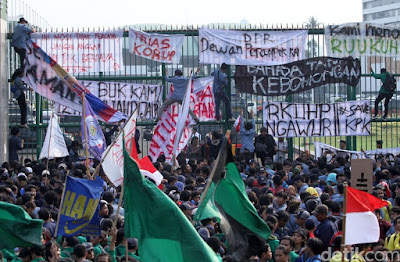 Currently, a big demonstration is happening in Indonesia. Students come to the street to speak their minds against several bills that parliament made. One of them is the Sustainable Agriculture Bill. From the law side, this bill has a good point in mind. Wich is to protect farmers and to planning Indonesia farming sovereignty. BUT, there's some point in the bill that could lead into a double edge sword. Here's from my limited intellectual I try to describe what's the point will affect in the future of coffee farming either good or bad.


Regarding the invention of superior variety, on the Bill of Intellectual Property, No. 19/2002. The inventor of superior variety is protected by law the right of his invention. In my opinion, the Law about Intellectual Property itself in Indonesia still needs enhancement and structure. In terms of another Intellectual Property, as trademark or copyright which is actually easier to track. Protection for the inventor in superior variety is harder to track, since the vindication needs results from the lab.
And also there's another problem regarding this protection, Indonesia as a society of people, naturally having share idealism. So it's gonna make the enforcement of this article harder. The concept is nice, but the implementation is gonna be hard.
This one is a little bit scary, do you remember the case about Monsanto? The activity of finding and collection Genetical Resource costs a lot of money. And the one who can afford it usually big corporations. Why big corporation willing to pay a lot of money for that? Because the one who controls Genetical Resource could control the farming mechanism in general. Even though the license for finding and collect Genetical Resource is not needed for small farmers. This is good. Because as a result of Constitutional Court No.9/PUU-X/2012 that finding and collect Genetical Resource, excluding small farmers.
Introduction seeds from abroad only allowed if it's not available in Indonesia. The question is if someone has it in Indonesia, but didn't want to share it.
The Introduction is conducted by the Central Government and Regional. In the future, this is must be regulated for who have the authorization to do that. In the coffee spectrum, probably ICCRI (Indonesian Coffee and Cocoa Research Institute).
The exclusion of protected varietal is if the varietal against law, norm, health, and ecosystem. This could be a double edge. In one side, protection against untested GMO that will have a bad consequences in the future. Because usually the consequences will occur in the long term. On the other side, aside from coffee. 250 million people need to be feed, and it expected to increase in the future. Without GMO, our limited land is hard to fulfill those needs. I'm not pro GMO nor contra, but the rate of born is not equilibrium with mortality.
This article is like giving the power to Government to regulate harvest. Wich in my opinion, harvesting should be depend on the type of plant, and depend on farmers. Its wiser if they receive information on how to have a better harvesting technique, rather than regulated.
I actually like this article. Because even so the Agriculture Insurance didnt cover the harvest failure, government "should try" to minimize the damage of small farmers who victimised by the harvest failure. This suppose to be happen, if there's force majeur happening. Because the cost is gonna be very high if this keep happening. And didnt give a good reason for the Insurance company to left the obligation.
This section is about post harvesting. For me, from what I've seen in Indonesia coffee post harvesting. I'm happy to see this. Finally Government think about post harvesting. Post harvesting is really important in coffee farming. Most of small farmers didnt understand about post harvesting. So they only sell their coffee cherries to big processor. In other way, also that on the harvest season, farmers usually didnt have time to do processing. But at least, if they're understand of doing post harvesting, on the slow harvest, they can taste their own coffee, and make improvement on farming side. Wich will lead to better quality, and higher price. The problem is on Article 58, if there is over production, Government need to absorb the over production. This is against the free market idea.
I'm happy that Government SHOULD have genetic bank. Because a lot of national genetic has been stolen by another nation and once they created a new superior strain, we import that. Wich is pretty stupid I think, since we already have the mother strain ourself.
This article is pretty dangerous, since it give the Government full authority to using the land for agricultural purpose. And this land could be used by agriculture company by renting, wich is based from Bill No.41/2009.
Central and Regional Government based on their capacity, should facilitate agriculture finance and prioritize small farmers. So in the future, the government should start to think to make a new Bill about bank, because currently loan is based under 5C. Which Character, Capacity, Capital, Collateral, and Condition. The collateral point usually become a problem when it comes to the loan from bank for the small farmers. When they're planting in the land from government, they can't make the land certificate for loan to the bank.
Looking on my experience on my study about Effectivity & Efficiency on Agricultural policy on the coffee sector, thankfully there is an article about the professional influence on nurturing agricultural activity. But I hope the application will bring the specialist on the field. Because it gonna be useless, let's say there's activity on the coffee post-harvesting method. But then they bring Agronom in general.
I'm very positive about this. With the positive growth of Indonesian IT, we supposed to be started the Information System regarding agriculture, and agricultural product online. When the Ministry of Agriculture intensively propagandizing Agriculture 4.0. But this should backed up by network infrastructure. Because the agriculture site usually placed on the remote area and not covered by network.

And we should remember, with the published of this Bill, then the Bill No.12/1992 about Plant Cultivation System is Revoked.

Well, with the good and bad about this bill, I hope the Indonesian Agriculture will continuously grow. Because, without agriculture, we cannot eat. And if we cannot eat, all my friends who's demonstrated in the front of House of Representatives will stop speak up about the tyranny because they're starving. Or sleepy, because they cannot drink coffee. :) 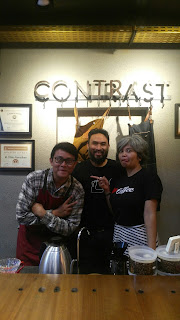